Wayne ‘Huddo’ Hudson and his family have been carving up the local waves since the 1930’s and have been coaching in the area since the early 80’s. In 1981 Peter Hudson (Dad) started offering surf lessons as a hobby and weekend job for just $5! Turns out this passion developed into one of the very first surf schools in Australia right here in Port Macquarie.

In 2001 Wayne (son), after travelling the world on the professional circuit decided to return home and help expand the surf school's operations. His passion for surfing had allowed him to see the world and he now wanted to share his love for the sport with a wider audience, offering surf lessons 7 days a week to locals and holiday makers.

‘Port Macquarie beaches are some of the most beautiful beaches in the world. Flynn’s Beach, Town Beach and Rainbow Beach in particular, offer amazing locations for beginners and early intermediates with protected rolling waves, I’ve got the best office in the world’, says Wayne.

In recent years, Peter (Dad) decided it was time to hand the reins over to his son Wayne, daughter in law Amy and their young family Ollie, Eli and Pippa, to continue to share the thrill of surfing with others. 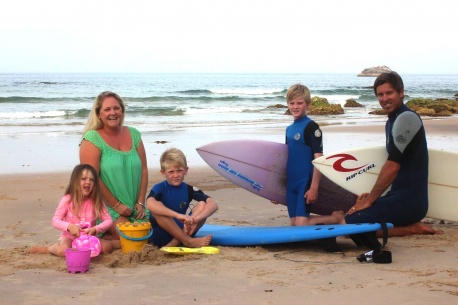 Why Learn to Surf with us?

We are the Port Macquarie/Hastings longest established surf school. That means we have the years of experience needed to teach all levels of ability and ages. We take our Duty of Care for all our students very seriously and all our coaches are local surfers who know our beaches and waves better than anyone.

All our staff are trained by Surfing Australia’s and Australian Sports Commissions Level 1 and 2 Accreditation Program and are trained in rescue techniques, First Aid and Advanced Resuscitation as well as undergoing Working With Children Checks.

All our programs are run in conjunction with Surfing Australia’s Safe Surfing Program and the NSW Education Department Risk Assessment guidelines. Port Macquarie Surf School programs are the only surf school in the area endorsed by the Australian Sports Commission. 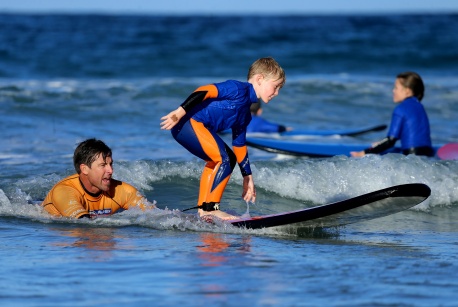 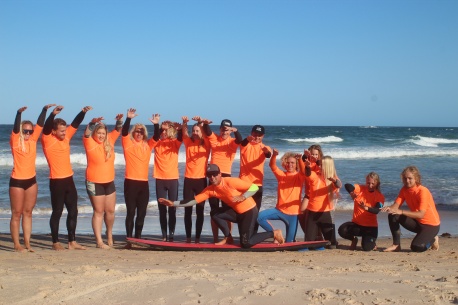 Get in touch
and 'Ride Our Wave' 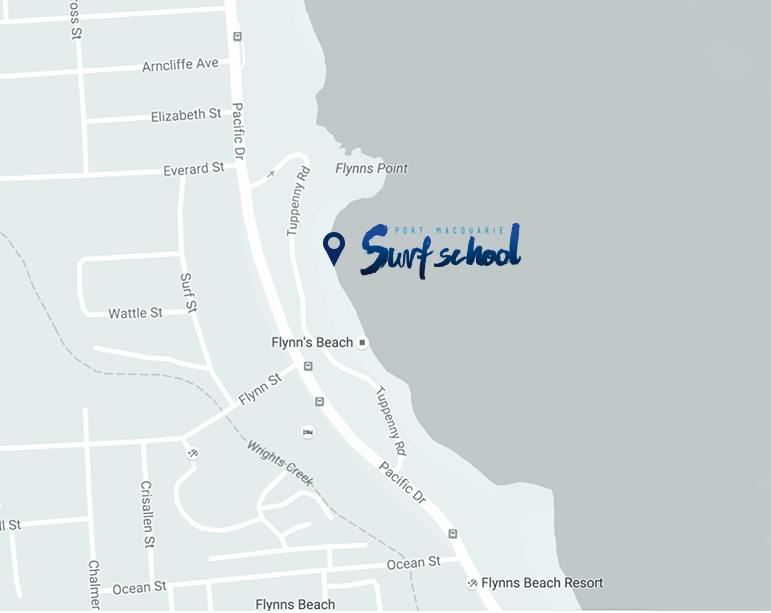 Please fill out the form below with your enquiry and a member of Port Macquarie Surf School will reply as soon as possible.